Ex-Tarifário is the acronym used in foreign trade for Tariff Exception. This is when the government grants a tax reduction for items that have no production in Brazil or are insufficient.

There are Ex-Tarifários for Import Tax (II) and Tax on Industrialized Products (IPI), as well as for raw materials and machinery and equipment. In this article we will only talk about the Ex-Tarifários for capital goods (BK), information technology and telecommunications (BIT).

The Ex-Tarifário regime consists of the temporary reduction of the tax rate on imports of capital goods (BK), information technology and telecommunications (BIT), as defined in the Mercosul Common External Tariff (TEC), when there is no domestic production equivalent.

Capital goods are intermediate industry products, which are used to produce other goods or services to satisfy the needs of consumers and businesses. Generally industrial equipment being part of a line of production. Currently, the Ministry of Economy has promoted the reduction to 0% (zero), under the terms of the Ex-Tarifário. Without the application of the regime, BK imports are subject to an Import Tax of 14%, and BIT imports 16%.

The possibility of creating an Ex-Tarifário was created in article 4 of Law nº 3,244/57, reproduced below.

Art. 4. When national production of raw materials or any other basic product is still insufficient to meet domestic consumption, an exemption or tax reduction may be granted for complementary imports.

Subsequently, the Ex-Tarifário was regulated, internalized and came into force.

What are the prerequisites for obtaining an Ex-Tarifário?

It is important to understand the benefits sought by the government because obtaining an Ex-Tarifário must be justified in this sense to receive the tax exemption from the Ministry of Economy.

The Ex-Tarifário regime seeks to promote investment attraction in the country, since it relieves the amount of contributions directed to productive enterprises.

Three fundamental points explain the importance of the Ex-Tarifário regime:

According to data from the Secretariat for Development of Industry, Commerce, Services and Innovation (SDIC), belonging to the Ministry of Economy, more than six thousand companies have applied for almost ten thousand requests for new Ex-Tarifários in the last three years.

The Ex-Tarifário regime and Mercosul

As we know, Brazil is part of the Southern Common Market, Mercosul, and, therefore, our customs policy must be aligned with the other partners in the block: Argentina, Paraguay and Uruguay. Venezuela joined Mercosul in 2012, but has been suspended since December 2016 for non-compliance with its Accession Protocol and, since August 2017, for violation of the Bloc’s Democratic Clause.

Therefore, a “Common Regime for Non-Produced Capital Goods” was established by the Decision of the Common Market Council nº 34/03, which provided for a Common List of Capital Goods not produced in the block, which would have their rates temporarily reduced to 0%.

Furthermore, each State Party (Mercosur members) could have its National List of Non-Produced Capital Goods, with rates reduced to 2%. This regime should have taken effect on January 1, 2006, but has not been implemented to date. As an alternative, the block has been authorizing members to apply import tariffs different from the TEC for products classified as BK.

In the case of IT and telecommunication goods (BIT), CMC Decision No. 57/10 authorized Mercosul members to reduce the II tariff, to up to 0%, for products defined in the TEC as BIT, without national production, including the integrated systems that contain them, in a unilateral and unlimited way.

How to request the Ex-Tarifário?

In order to obtain the Ex-Tarifário, detailed technical information on the good to be imported is required, as well as the forecast of importation and earnings for the country. Be aware that an Ex-Tarifário is not connected to a product or a brand. An Ex-Tarifário is applied for a specific customs code NCM and a specific product customs description.

The Ex-tarifário process corresponds in itself to creating a new line in the NCM customs nomenclature used by Brazil, with a zero tax rate for import imports (II)

Please find a exemple below:

Description: “Machine combinations for the production of bead coated by rubberized nylon, with a maximum production capacity of 1,176 beads/min, for the manufacture of tires from 17.5 to 24.5 inches, composed of: rubber profiling unit diameter 45mm without pins with die with diamond insert, feed unit for steel cables with inductive heating for thermal cleaning, feed unit for coated steel for forming the bead forming one every 51s, automatic unit for transporting the coated bead, unit for coating the rim coated with fabric blanket, automatic unit for removing the coated bead to stock, Control Panel with Programmable Logic Controller – (PLC).”

The description must be technical, without mentioning the brand, and present in a neutral way the differentiating assets that justify the tariff exemption.

On the other hand, the publication of an Ex-Tarifário is accessible to everyone and especially applicable by everyone when a product corresponds exactly to the NCM code and the description given.

It is important then to well define a product customs description that will fit only to your products to not let your competitors benefit from the Ex-Tarifário but also not open strategic technologic details that you do not want to open publicly.

What is the Flow and Deadlines for the Ex-Tarifário request?

The flow for analyzing the claims, as established by Ordinance of the Ministry of Economy No. 309/19, is as follows:

In view of the aforementioned Ordinance, the expectation is that the average period for analyzing the claim is 45 days. However, less or greater agility in the process will depend on many aspects, including:

As already mentioned, the Ex-tarifário regime is an exception to the Common External Tariff (TEC), and the essential condition is that there is no equivalent national production of the product benefited from the regime.

Contestation of the Ex-Tarifário claim

During the period of Public Consultation with the national industry, it may happen that a manufacturer manifests itself in the sense of preventing the concession of the Ex-Tarifário, claiming to produce the same goods.

For the purposes of calculation and comparative analysis of the existence of equivalent national production, the following will also be taken into account: degree of automation, technology used, guarantee of performance of the good, consumption of raw materials, use of labor, energy consumption and cost manufacturing unit, when applicable.

What if the NCM of the Ex-Tarifário is wrong?

Until the publication of the recent and already mentioned Ordinance No. 309/19 of the Ministry of Economy, this error, depending on the interpretation of the Tax Auditor of the Federal Revenue of Brazil, was a reason to disqualify the goods from the Ex-Tarifário, charging the tax as if there was no Ex or, as is usually said, the ‘full’ tax.

However, Ordinance No. 309/19 of the Ministry of Economy brought security to the importer in relation to this matter in its article 24, reproduced below:

Art. 24. If, in the course of the import customs clearance, an error is found in the tax classification of Ex-Tarifário granted and the new NCM code indicated by the Special Secretariat of the Federal Revenue of Brazil is marked as BK or BIT, the reduction of the tax rate will be maintained. import tax applicable to the new classification. 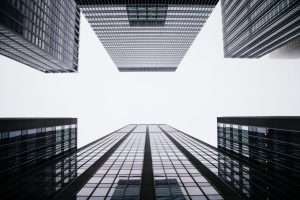